What are greenfield and brownfield sites? 2022
personal injury lawyer

What are greenfield and brownfield sites? 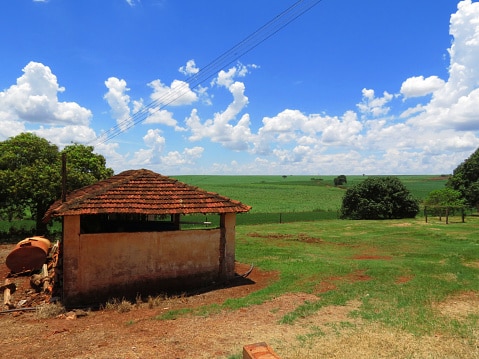 What are greenfield and brownfield sites?

In urban planning, there are many different terms for various sorts of prospective building sites. The definitions are used to determine whether a location is suitable for construction, whether it’s commercial, residential, or industrial.

What is a Greenfield Site?

Previously, there had been no construction on the site. It’s usually agricultural land, but it might also be rural territory in a city or an unbuilt area in the country. Many builders feel that areas like these are ideal for urban growth to meet the UK’s growing housing demand, which is expected to reach £3 million new homes by 2030.

Greenfield sites are typically less expensive to develop since they have not previously been used. In other words, they provide a clean canvas for builders, subject to legal and planning restrictions that must be met and the associated infrastructure works such as new roads and utility connections that must be considered. They are typically found near the outskirts of towns and cities, which means they are in a more pleasant setting. However, with more people commuting in from outside of the city, there may be traffic congestion.

Lawyers that specialize in real estate advise individuals and businesses on potential property purchases. They also engage in title checks, comprehensive searches, and inquiries to locate the best properties possible. Planning lawyers can also help with organizing deals with the local planning authority and conducting negotiations.

Greenfield development has drawn the ire of environmentalists and local residents. The Government’s intentions are to limit planning restrictions in order to encourage the creation of brownfield sites, which will avoid irreparable damage to open countryside and loss of green space. To convince planners to allow new construction on Greenfield sites, developers must overcome significant obstacles.

What is a Brownfield Site?

Brownfield sites are places that have previously been used and tend to be neglected or abandoned property. Such locations typically include derelict areas in towns and cities that were formerly utilized for industrial and commercial activities. Because it was previously used for industrial purposes, the land may be considerably less expensive to purchase at first. However, if old buildings must be demolished due to its prior industrial usage, there might be significant decontamination expenditures owing to environmental pollutants. Furthermore, because they are frequently surrounded by active businesses, access to brownfield sites is frequently limited.

Brownfield sites are at the heart of the UK Sustainable Development Strategy because they not only clean up environmental hazards and eyesores, but also promote community rebirth. These locations are frequently a major problem for the surrounding community, and citizens want to see them utilized, especially if there is low-cost housing, community projects, and job creation.

Planning permission is a crucial part of any construction project. we have the know-how to get your plans approved with ease – from greenfield sites all the way down to brownfields! We can even guide you through regeneration projects so that they don’t suffer because there was no time or money set aside for them in this economic climate.

Permission isn’t always easy come by when it comes time for development on new areas but our firm has years worth expertise under its belt when working privately sector or publicly owned bodies alike Whether planning an individual developer’s portfolio expansion into something larger.

Greenfield sites are usually found in the suburbs or rural areas, and they have a lot of land. Brownfield sites are property that has been previously used for something else, so there is already infrastructure in place to use.

The cost of building new buildings on Greenfields can be expensive because it takes more time and materials than working with brownfield properties which often need less work done before being ready for occupancy.

For example, if your company needs an office space but you don’t want to build from scratch, then buying a brown field site might be cheaper option since you won’t have all the costs associated with clearing trees or leveling hillsides.

HOW TO IDENTIFY A GOOD PERSONAL INJURY LAWYER

How Much Do Solicitors charge for personal injury claims?

How Much Do Solicitors charge for personal injury claims? If an individual desire to...

Want to make a claim?

Get free, no obligation advice Now

We use cookies on our website to give you the most relevant experience by remembering your preferences and repeat visits. By clicking “Accept All”, you consent to the use of ALL the cookies. However, you may visit "Cookie Settings" to provide a controlled consent.
Cookie SettingsAccept All
Manage consent

This website uses cookies to improve your experience while you navigate through the website. Out of these, the cookies that are categorized as necessary are stored on your browser as they are essential for the working of basic functionalities of the website. We also use third-party cookies that help us analyze and understand how you use this website. These cookies will be stored in your browser only with your consent. You also have the option to opt-out of these cookies. But opting out of some of these cookies may affect your browsing experience.
Necessary Always Enabled
Necessary cookies are absolutely essential for the website to function properly. These cookies ensure basic functionalities and security features of the website, anonymously.
Functional
Functional cookies help to perform certain functionalities like sharing the content of the website on social media platforms, collect feedbacks, and other third-party features.
Performance
Performance cookies are used to understand and analyze the key performance indexes of the website which helps in delivering a better user experience for the visitors.
Analytics
Analytical cookies are used to understand how visitors interact with the website. These cookies help provide information on metrics the number of visitors, bounce rate, traffic source, etc.
Advertisement
Advertisement cookies are used to provide visitors with relevant ads and marketing campaigns. These cookies track visitors across websites and collect information to provide customized ads.
Others
Other uncategorized cookies are those that are being analyzed and have not been classified into a category as yet.
SAVE & ACCEPT